We know the pain of our customers who have a generally slow computer. It is one of the most common computer problems that we troubleshoot at Boxaid. This is where our online IT support experts begin the troubleshooting process trying to determine if the entire computer is slow or a specific application or possibly the Internet connection is just slow leading to slow downloads and pages loading slowly in any browser (Chrome, Firefox or Edge) you are using. It could be anything, from an application conflict, an incompatible Windows update, or even a faulty network cable to your router. The possibilities are endless. Well, we recently had a customer with a tough network problem causing slow downloads on his Dell computer and browsing slowness that took us hours to figure out on this Dell computer. Spoiler Alert; the problem was an application that came preinstalled on this Dell desktop and apparently comes preinstalled on many Dell laptops and Dell Desktops. 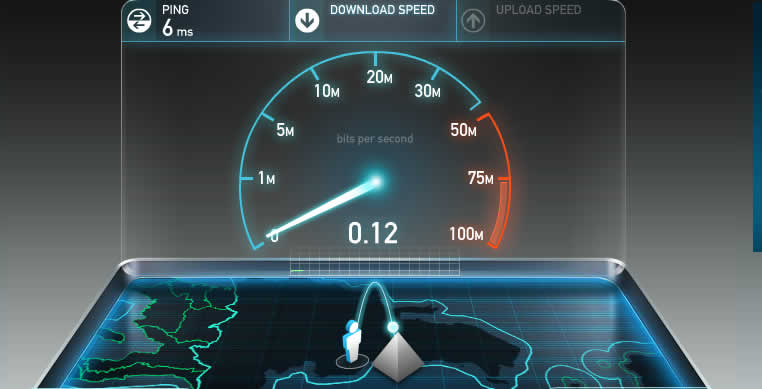 1. The entire Dell computer which was an Inspiron Desktop was blazing fast
2. The only thing that was slow was the Speedtest that you run online (around 15Mbps download)
3. All applications were loading very fast such as Microsoft Office or viewing data locally
4. The customer already has his ISP out to the house and confirmed Internet for all other devices was super fast
5. This was the only device with slow Internet downloads in the house so we knew the problem was only this computer
6. The customer already had Dell connect to his computer and they found no problems
7. The customer had the latest network drivers for their WiFi and Network Card
8. The customer tested the connection speed over WiFi and a wired NIC card with 2 different CAT5 cables and same issue

So based on all the symptoms above we were at a loss in terms of network connection troubleshooting. We knew the problem was not the network drivers because they were up to date. We knew it couldn’t be the ISP or the router because other devices in the home were getting network speeds of 150Mbps down and 150Mbps up which is pretty darn fast. We also checked the speed on multiple browsers such as Chrome and Firefox with the same exact slow download speed on the Dell. At this point we started looking at installed applications and any recent Microsoft updates that may be affecting or impacting our networking speeds.

The customer had the usual applications installed, we also checked for malware and adware with no results in terms of viruses. The customer did not have a lot of junkware programs installed either. Just a few simple games, some productivity apps like Microsoft Office, PDF viewers and the usual Microsoft updates. We focused purely on programs we had never heard of and we saw one application that caught our eye.

What is SmartByte from Rivet Networks?

So we this weird program called SmartByte Drivers and Services by Rivet Networks which we had not seen before. We thought maybe it was one of those programs that claim to updated your drivers but only cause more problems instead. So we jumped over to Google and did a quick search for SmartByte by Rivet Networks.

Well we instantly saw that it was some kind of network bandwidth management software. Apparently, Rivet Networks make some of the network gear found in high end gaming PCs from Dell. They say they throttle your bandwidth so certain apps get priority like Netflix or a video call as shown below.

Isn’t it the worst when you want to conduct a Skype call or watch a Netflix movie, but your computer often has other priorities? While you stare in disbelief at a grainy, low-res video feed or wait impatiently for buffering, Windows Update and Dropbox could be slurping bandwidth through an extra-wide straw. Enter SmartByte, a new software utility that will come preloaded on select Dell laptops and control which applications get priority connections and which ones can wait patiently for leftovers.

This is fine if you have an ISP from 10 years ago where 1.5MBps was not enough for an entire home with multiple devices. But nowadays, many homes are getting 150MBps to their home which is more than enough for an average home with several devices on it. Long story short, we uninstalled SmartByte from Rivet Networks and we instantly had our normal speed at around 130Mbps which is what the customer was paying for from his ISP. So stay clear from this app and uninstall it immediately if you suspect any network problems on your PC.

Of course the customer was ecstatic with the expert IT support he received from Boxaid since he had a tech come to his home and several others troubleshoot the problem before he got it resolved. Another happy Boxaid customer.